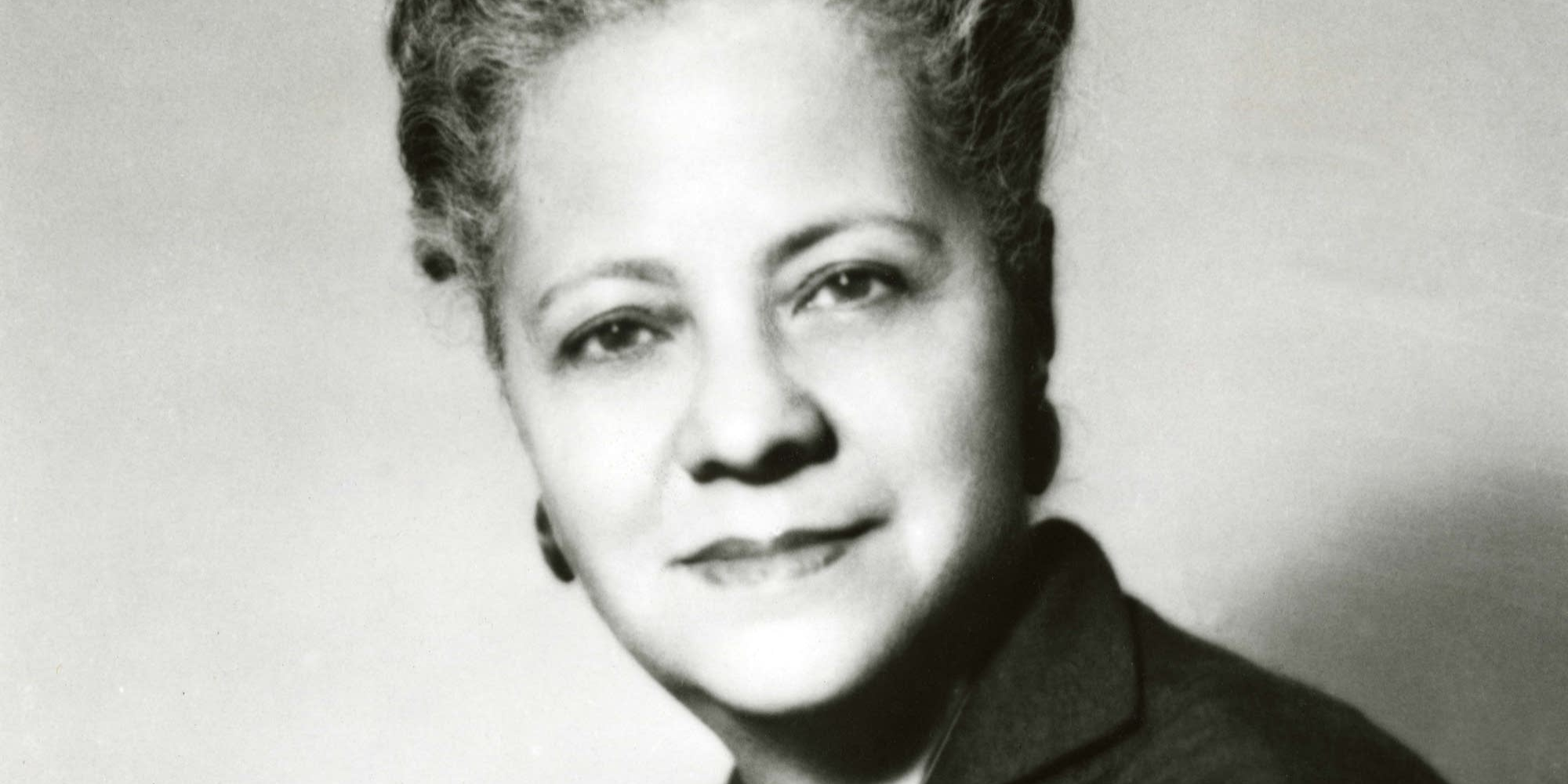 Anna Arnold was born on July 5, 1899, in Marshalltown, Iowa. She grew up in Anoka, Minnesota, where her family was the only Black family in town. Arnold’s father taught her the importance of hard work and a good education. After graduating from high school in 1918, Arnold attended Hamline University, a Methodist institution in Minnesota, and received a bachelor’s degree in English in 1922. She was the first Black graduate of Hamline University.

Inspired by the work of W. E. B. Du Bois, post-college, Arnold began her teaching career at Rust College, a historically Black college in Mississippi. During her two years at Rust, she experienced racial discrimination, which ignited her to advocate for the civil rights movement. Later, she served as an executive director of the Young Women’s Christian Association’s branch in several states—New Jersey, Ohio, New York, and Pennsylvania—for more than a decade. Arnold married Merritt Hedgeman in 1936.

In 1944, Anna Arnold Hedgeman worked in the National Council for a Permanent Fair Employment Practices Commission (FEPC) as an executive director, where she focused on employment discrimination. She also worked at Howard University, a historically Black university in Washington, D.C., as an assistant dean of women. In 1948, Hedgeman started working as an executive director of President Harry Truman’s re-election campaign. Following her remarkable contributions to Truman’s presidential campaign, Hedgeman served in the Department of Health, Education, and Welfare in the Truman administration. She was also appointed to New York City Mayor Robert F. Wagner, Jr.’s Cabinet in 1954. She was the first Black woman to serve in the New York City mayoral Cabinet. After eight years of holding the Cabinet position and working for Black constituents in New York City, Hedgeman also ran for Congress from the East Bronx and for New York City Council president, in 1960 and 1965 respectively.

In 1963, Hedgeman recruited more than 40,000 people to join the March on Washington through her position at the National Council of Churches. That day in Washington, Dr. Martin Luther King, Jr. delivered his “I Have a Dream” speech. Along with civil rights organizers, including the Big Six, Hedgeman was one of the lead organizers in the monumental 1963 March in the nation’s capital. She was the only woman on the planning committee for the March. A firm believer in the power of empathy and compassion, Anna Arnold Hedgeman wrote, “Perhaps it is our mission to make clear that hate destroys and that love can bring wholeness to mankind,” in her memoir, The Trumpet Sounds: A Memoir of Negro Leadership, published in 1964.

Anna Arnold Hedgeman was one of the co-founders of the National Organization for Women as well as  Hedgeman Consultant Services, with her husband. Including many awards, she received honorary doctorate degrees from her alma mater, Hamline University, and Howard University. She also published her second memoir, The Gift of Chaos: Decades of American Discontent, in 1977. Hedgeman continued to champion for rights till her last breath. She passed away on January 17, 1990, at the age of 90, in Harlem, New York.

Hedgeman is one of the many pioneering Black women who contributed their life advocating for democracy, women’s rights and civil rights. Learn and celebrate the life of the many unsung Black women, such as Anna Arnold Hedgeman, Jane Bolin, and Anna Julia Cooper, in our Black History Month celebration on February 28. You can register here for the event!