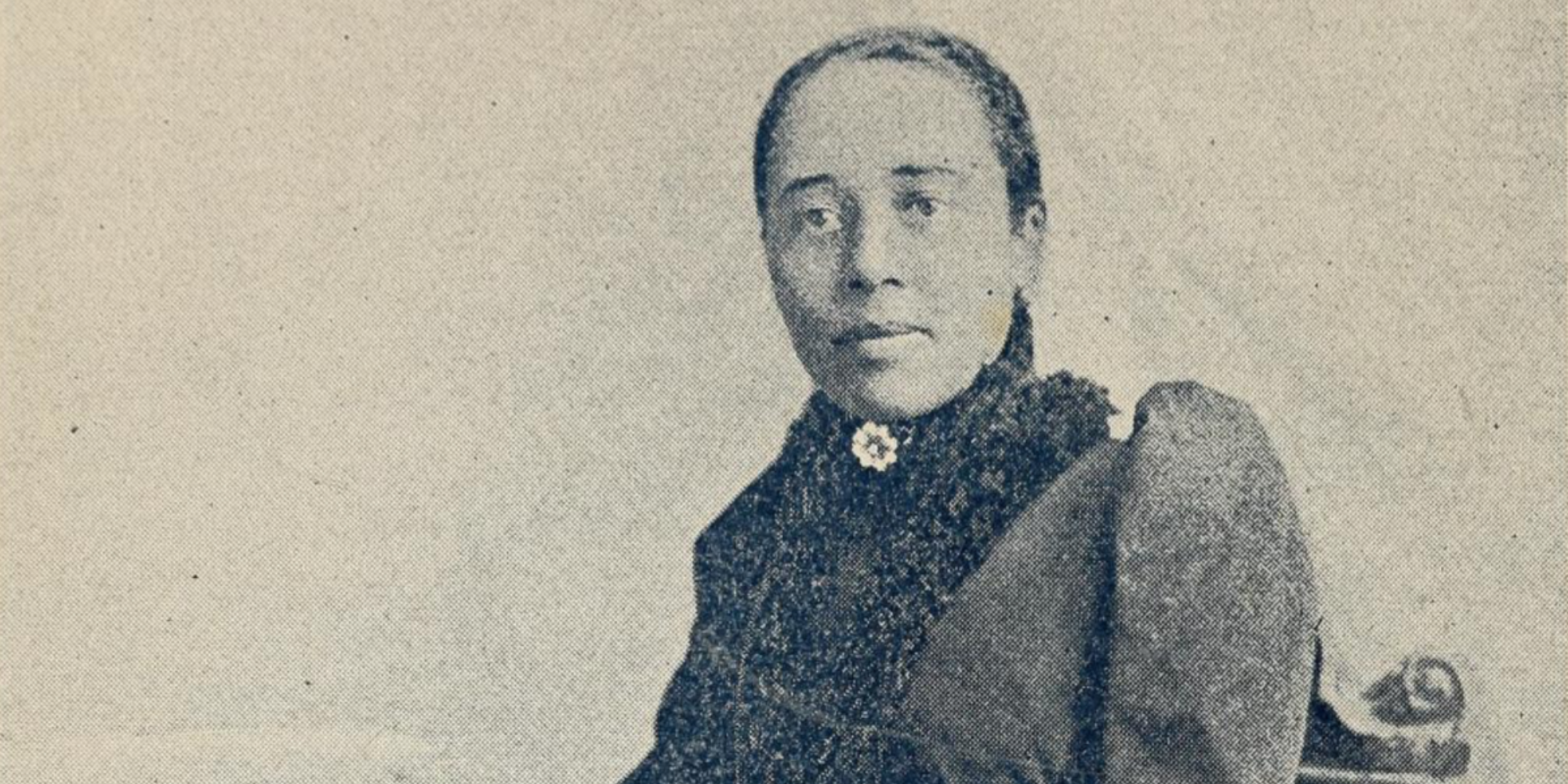 Known for her authorship and advances in Black feminism, Anna Julia Cooper née Anna Julia Haywood is one of the many Black women to know, love, and celebrate this month and every month. Keep reading to learn more about Anna Julia Cooper.

She was born in 1858 to a slave and slaveholder in North Carolina. Cooper began to excel in school at a very young age, even teaching mathematics by the age of 10. As a student at what is now St. Augustine University, she witnessed the lack of education available to her fellow Black women and decided to take action. While there, she also joined the Alpha Kappa Alpha Sorority Incorporated where she was a passionate member.

She continued her own education at Oberlin College in Ohio, receiving a B.S. in Mathematics and ultimately a Masters degree. She then moved to our nation’s capital to teach science, mathematics, and also Latin at a high school. Once principal at that high school, she placed a much greater emphasis on the importance of higher education and helped her students gain admittance into Ivy league institutions.

Her own passion for education and knowledge persisted through the decades. She received her doctorate from the Sorbonne in Paris on the topic of “Slavery and the French Revolutionists” when she was 67, becoming the fourth Black woman to earn such a degree. She also was a professor at Lincoln University, a historically Black college in Missouri, and the president of Frelinghuysen University in Washington, DC.

Cooper’s 105 years of life blessed us with many works of feminism, especially her first book titled “A Voice from the South by a Black Woman of the South.” Here, amongst the 300 plus pages, she advocates for the rights of Black women and highlights the struggles they face. In her own words, she said, “I constantly felt (as I suppose many an ambitious girl has felt) a thumping from within unanswered by any beckoning from without.” Knowing the longing for more knowledge and the barriers her gender and race had to overcome only made this “thumping” louder.

Considered the “Mother of Black feminism,” her influence still stands today. Her aforementioned book is quoted in the 2016 United States passport: "The cause of freedom is not the cause of a race or a sect, a party or a class – it is the cause of humankind, the very birthright of humanity." She propelled all to act in favor of equality, and her words moved many women to join her in the fight. The impact of her legacy continues as she is currently the only woman and person of color whose words stand amongst those of white men in these official documents.

On this day and every day, we thank you, Anna Julia Cooper, for your bravery, devotion, and love you’ve graciously given our world in support of women’s rights. To celebrate the lives of influential Black women in our history and meet Black women in politics making history today, register here for IGNITE's Black History Month celebration! The virtual event will occur on Sunday, February 28, 2021 from 1-2:30 PM EST/10-11:30 AM PT.