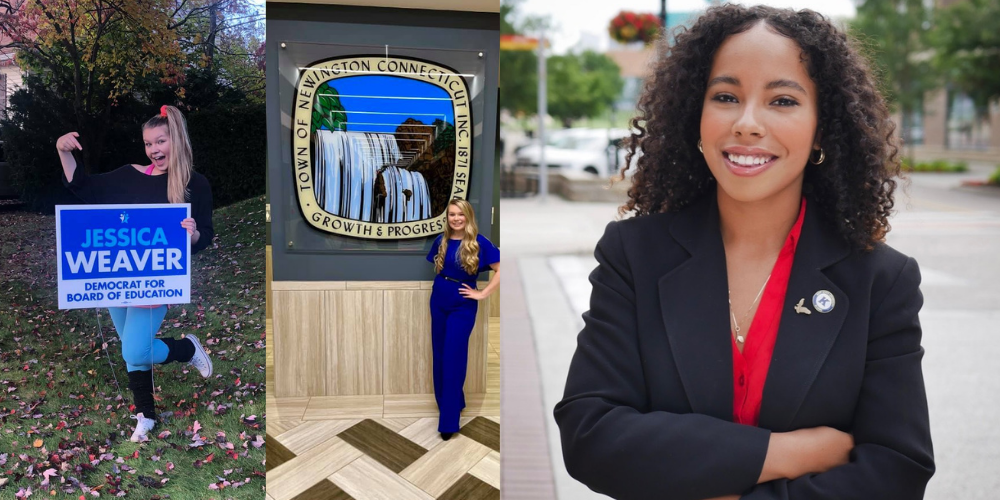 In case you missed it, school boards seem to be where we’re fighting the culture wars in America. The media suggests every board has devolved into division and acrimony. From critical race theory to masking policies and sex education, nobody can agree. That's the story you've been hearing.

But look deeper, and you'll find a quieter story is going on. It is about a quiet revolution for the country and for democracy as a whole. Scores of young women are running for school boards and we're winning our races. Yes. We're flipping the script. But it's the script that says young women don't belong in elected office. Not the script that says a school board gets to decide what it means to be an American.

We both won election to our school boards recently. One of us won reelection, actually. And yes, we didn't quite escape the media circus. One of us found our lawn signs vandalized with marker pen slogans. They referenced critical race theory and the Black Lives Matter movement. We still won our races. And our superintendent sat the other one of us down to be reassuring. Don't worry, they said. We haven't had to escort any school board members to their cars yet. And nobody is under police protection. It felt about as reassuring as those "duck-and-cover" drills they used to make students do in the Cold War!

Why would a young woman run for school board in 2021? The average age of a school board member in America is 59, and we ran because we realized: It's time to change that. We are going to change the way school boards make decisions. Having both finished higher education degrees during the pandemic, we understand the challenges of remote learning. You can't make decisions about its impact without having had to do it. Yet amidst all the divisive noise, most school boards are missing out on the voices of young people. Many don't even have student votes represented and that's a chance for reform. We both understand mental health issues and inclusive sex education, too. Our older colleagues on the school boards didn't feel the impact of either. At least, not when they were themselves attending school, and not to the extent that we have. We're able to connect with students around these issues in a natural way because we're closer in age. When it comes to teaching about race in America, we both agree on the importance of teaching history. But school boards are responsible for a lot besides curriculum.

Here's why more young women should run for elected office. It's a huge opportunity to be an advocate for people, and to pave the way for even younger women to run. And when you win, it signifies a mandate given by your community to create the vision you have laid out. No matter what the media says is important, no matter what noise you're hearing. If you run for office and win, that means you get to represent your community and make key decisions. Yes, criticism is inherently part of the job. People might even vandalize the occasional lawn sign. But it is no match for something as quietly American as representative democracy.

—Jessica Weaver and Tiera Moore are school board members in Connecticut and Ohio. They ran for office after going through IGNITE National’s Young Women Run conference and fellowship, respectively.