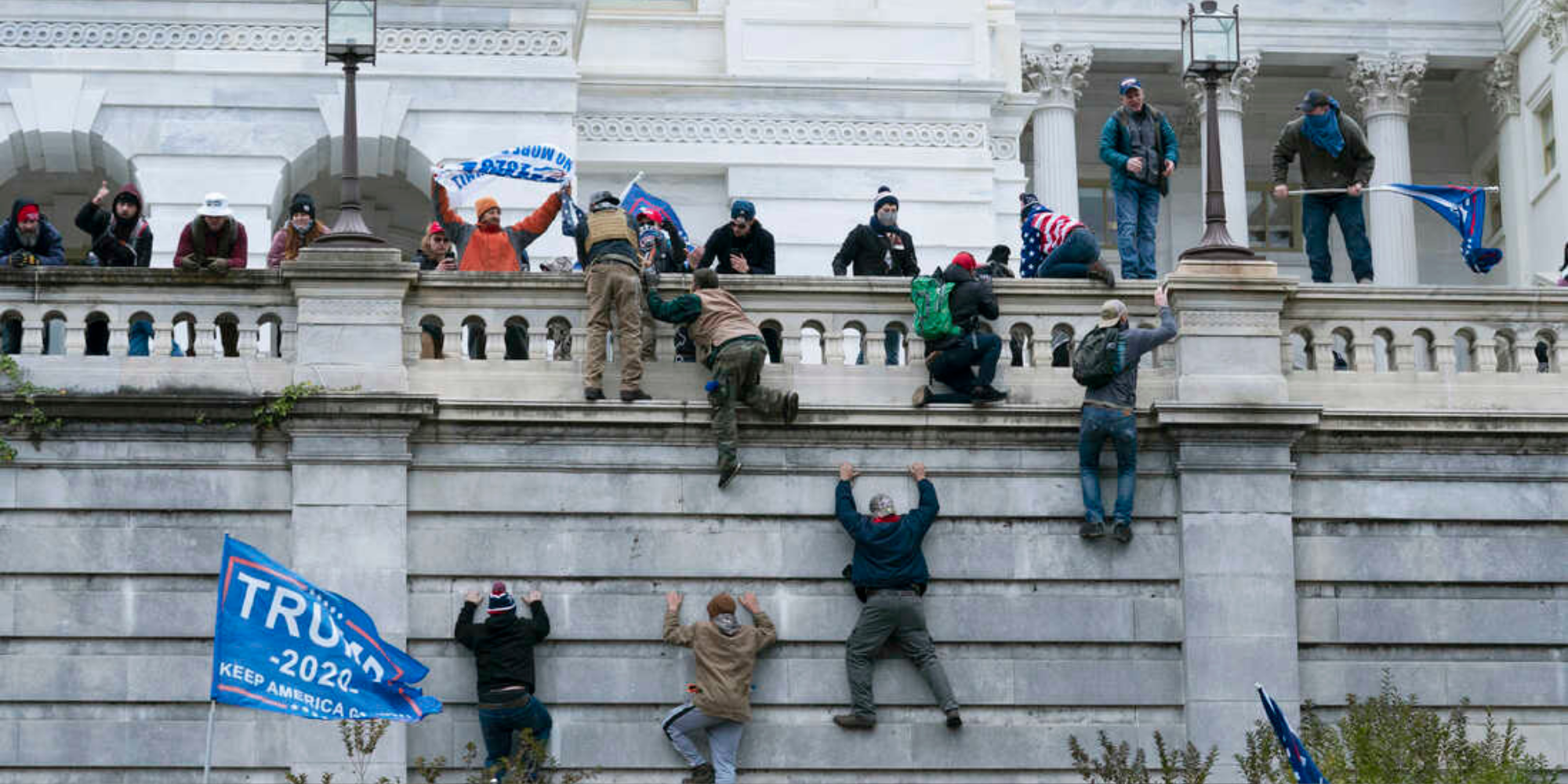 As a 22-year-old woman working in politics, I wish I could tell you that the capitol insurrection a year ago has made me more determined than ever to unleash my political power. But the reality is more complicated.I lived five blocks from the White House in Washington D.C. at the time, and for weeks afterwards, nearly every street near my house had a tank at the end of it. There were soldiers everywhere and it was like nothing I’d ever seen. Friends called to check on my welfare and my first reaction was to worry about my own friends working on the hill. Were they safe?

I’ve interned for a congressperson and a senator, and my political outlook has always been bipartisan and pragmatic. Growing up in a house with one very liberal parent and one very conservative parent was interesting, to say the least. When they eventually divorced, I thought I understood both sides of their arguments and articulated their feelings better than they could. I decided to turn the skills I developed from mediating their conversations into a political career.

It’s one thing to be optimistic about drawing the positives from a crisis when you’re honing a personal narrative inside the beltway. It’s quite another to believe there’s a place for you in the political system when you’ve just stocked your freezer with weeks’ worth of food, the National Guard are carrying guns outside, and it feels like you’re hunkering down, concerned about avoiding violence.

I felt frustrated by what had happened and as the dark energy radiated through my home, I started to question where in the world I’d be able to make the most change.

In some ways I was lucky to avoid the worst of it. I was in Florida on the day of the insurrection, spending the holidays with my mom because having divorced parents means you get to extend Christmas into January. I drove back to D.C. four days later and found myself going into emergency mode.

I’ve graduated in the year since, majoring in political communication at The George Washington University. But the thought of politics on the hill has started to exhaust me. I’d be lying if I said otherwise.

What else happened, though, was interesting. The exhaustion was good for me. It made me think about what matters most to me. I’ve had to ask myself honestly, “what makes me political? why am I investing my time in this sphere” And I’ve realized the hill isn’t and shouldn’t always be the hot topic.A lot of what happens on the local level has significant impacts on people’s lives too. Maybe I should turn my attention there.

I was nine when President Obama got elected and seventeen when President Trump did. Both campaigns ignited my interest, and I went along to the 2016 primaries to ask questions in my native state of New York. I asked John Kasich about social security, and he asked me who’d told me to ask about it. I told him I thought for myself, and the interaction was disheartening, because I liked John Kasich at the time. The different cable channels spun the exchange differently than I’d expected. I found myself realizing that an interaction between two people about an issue that matters to both can become politicized without the two people talking having control over the narrative. It deepened my interest in learning how to communicate so you articulate the impact you first intended, if this was even possible.

On this note, if the insurrection showed me anything it was that people feel like their voices aren’t being heard. I’ve also realized that the definition of what makes somebody political isn’t what it used to be. And the outcomes of our discussions are often way beyond our intentions.

I’m now managing social media for an organization that tries to get young women involved in politics. I tell them politics affects every aspect of our lives, whether we like it or not. I tell them if something bothers you, then get involved and educate yourself. I tell them to find a mentor to help guide them through the process.

When I’m deflated, my mentors are the people who get me back up and excited about politics. It takes a village, or three, to raise a political young woman. It also takes some setbacks and exhaustion to make you realize what really matters to you. As I say, the insurrection had a complex impact on me, and on other women like me. But, as a result, I’m sure in the years to come there will be more women in political power who are more sure of what brought them into the process. And that is true for both sides of the aisle.