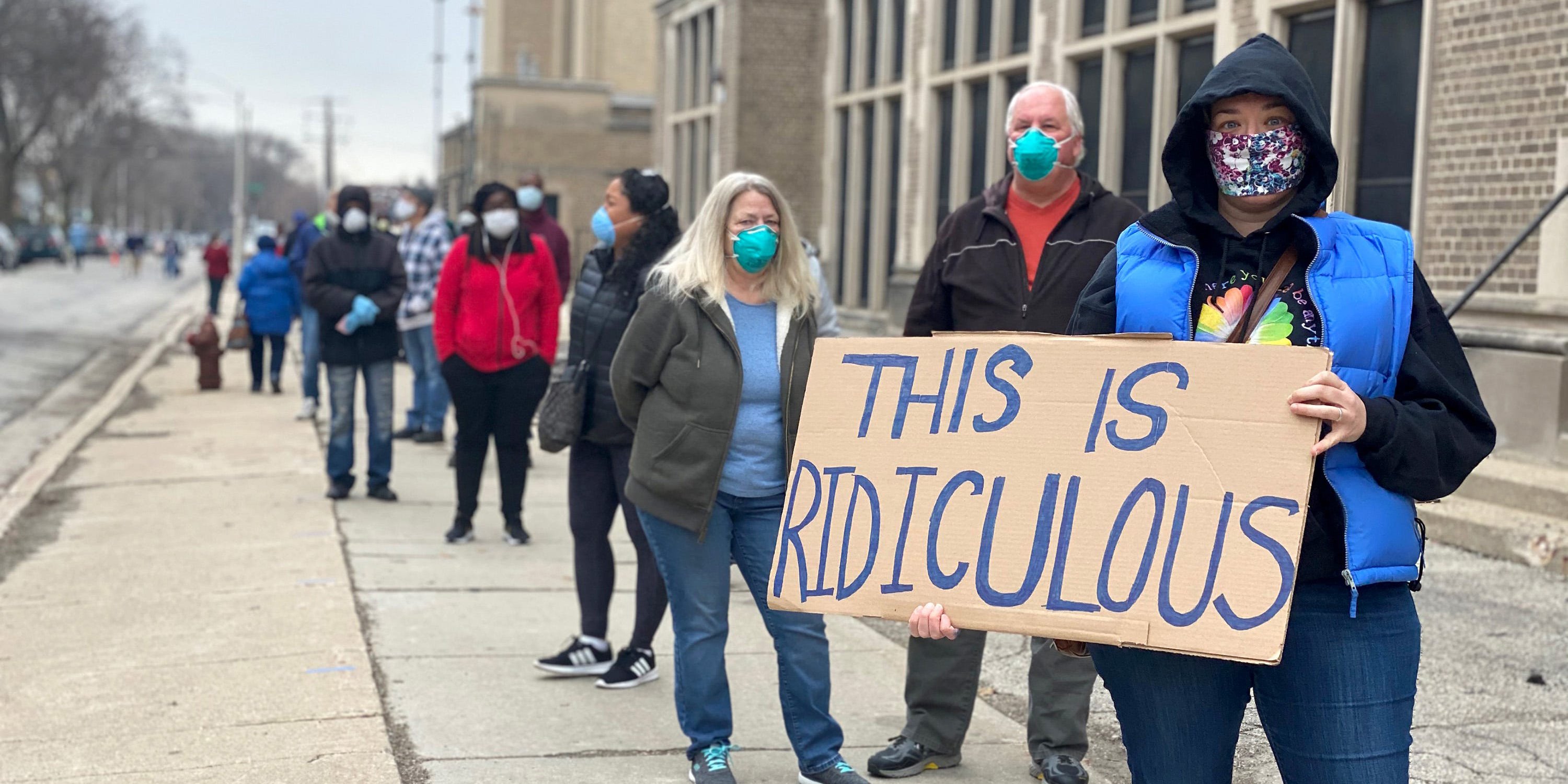 January 2022 is about the hardest January-ing January I can remember. I don't know about you. Case in point. Like many Americans, I stood in line last week for 45 minutes to get a COVID test. But it was only as I stood there, frustrated, that I realized I was waiting outside the same building where I vote. I realized there's some big news coming down the pipe for America. If the mess around COVID is anything to go by, we better brace for an even bigger mess in the midterms.

California, where I live, has much to teach the rest of the country on this score. Any registered voter can cast their ballot by mail. It's an innovation taken up by 86% of voters in 2020. Meanwhile, I'm concerned that other states aren't keeping up with the changes. It means it could be more difficult for voters to get the right information about when, where, and how to vote. Add the complications of COVID into the mix and we're facing a complete nightmare.

In Georgia, new laws mean voters need to submit more identification than ever before to vote by mail. 3.5% of Georgia voters don't have a driver's license or ID on file with election officials. That means they'll need to submit different identification documents to request absentee ballots. We've been working for seven years in Texas to get voting into public universities. That bill still hasn't passed. In Wisconsin, I work with a young woman who has voted in every election for which she was eligible. She has asthma, and so she couldn't go to the polls to vote during the pandemic. Because Wisconsin doesn't have universal vote-by-mail policies, she failed to secure a ballot. She couldn't vote.

My biggest worry is that without making concerted efforts to help people vote, we'll see more of this. At a time when public trust in government is near historic lows, it's an important time to do better. COVID has already strained our bureaucracies to breaking point. And yet elections are the most important function of bureaucracies in American life.

This is a bipartisan issue, too. Because whatever you might assume about Generation Z's voting patterns, it's wrong. In fact polling shows our young people are less likely than ever to split along party lines. Instead, they favor getting involved in the issues that affect their communities. No matter which party takes them up. And since I run an organization focused on getting young women to run for office, I know it too. If we're going to close the gender gap in politics, we need to make sure women run and win on both sides of the aisle.

It's not too late to stave off disaster. Secretaries of state across the country still have time to get clear on how to engage voters. We still have time to get clear on what our voting policies look like. I'm optimistic we can do better at the November midterms than we have at navigating the latest surge. But we need to get ahead of things, or November is going to be a bitter one indeed for American democracy.