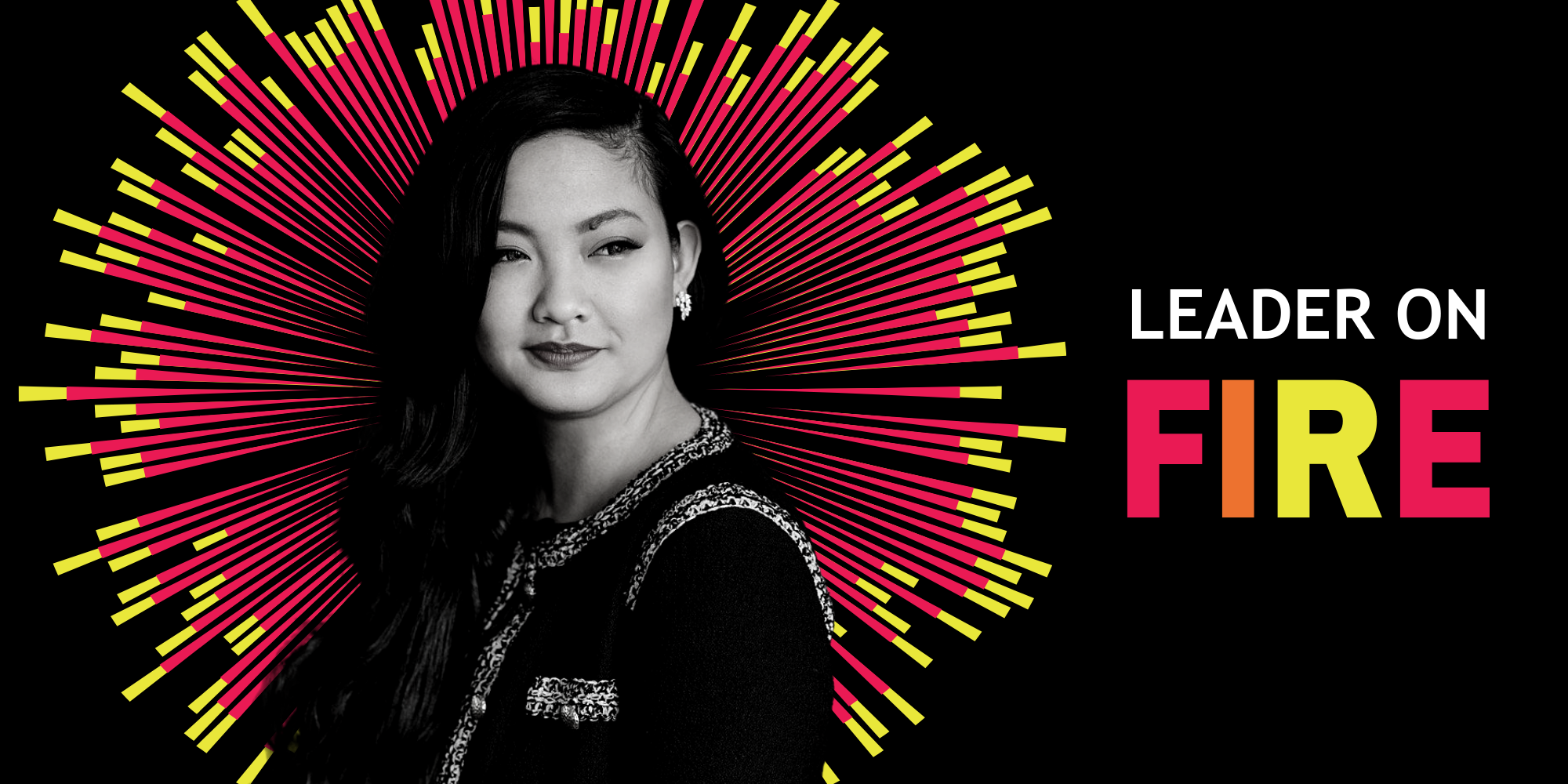 Content warning: Sexual assault Everyone should know the name Amanda Nguyen. Entrepreneur, activist, CEO, policy author and advocate, and general BOSS, Nguyen turned a personal experience into a fight for the rights of sexual assault survivors across America. IGNITE has selected Nguyen as a Leader on Fire for Sexual Assault Awareness Month 2021 for her leadership of RISE and her work on the Sexual Assault Bill of Rights.

"Nothing keeps me going as much as the knowledge that we have impacted the lives of 32 million survivors nationwide and that that is just the start. I look at it as a metaphor ― every time a survivor tells me his or her story, it is like they are handing over coal. It is a weight I carry but also it keeps my fire to fight alive."

The spark that ignited the work

Like one in four undergraduate women in America, Nguyen was sexually assaulted while attending Harvard University. After undergoing a rape kit examination, police informed Nguyen that her kit would be destroyed after six months if she did not submit an extension request ― even though the statute of limitations for prosecuting rape in the state of Massachusetts is 15 years.

"Every six months, I have to save my rape kit from the trash by filing an extension request to make sure that it is saved. I live my life according to the date of my rape to ensure that my access to justice is preserved - 6 months from my rape, 1 year from my rape, 18 months from my rape. These are the dates that must swirl through my head so that I can one day seek justice," Nguyen wrote on her GoFundMe page.

The system required Nguyen to contend with the trauma of her assault twice a year – every six months - just to keep her kit in the system. However, she did not receive instructions on how to file for an extension. Nguyen quickly saw the system was not designed to help survivors get justice, heal, and move on from the trauma. She began to connect with more and more survivors who shared similar stories, concluding that the current legal protections were insufficient.

In a conversation with UN Women, Nguyen shared: "After my rape, I experienced a broken criminal justice system. I remember walking out of the hospital and thinking, where do I go from here? I remember walking into my local crisis center and the waiting room was filled. I remember trying to figure out what my rights were, and what the next steps were. It was incredibly difficult. I found a system designed to obfuscate the paths to justice. If I was struggling through the system, what about those who didn't have my resources?"

In 2014 ― at the age of 23 ― Nguyen founded Rise, a national civil rights nonprofit that focuses on protecting the liberties of sexual assault survivors. In the early days, Nguyen headed the organization in her spare time while working as a State Department liaison to the White House and training to become an astronaut. The organization was staffed by volunteers and relied on grassroots fundraising on GoFundMe to crowdsource support.

The organization was named Rise to remind us that a small group of thoughtful, committed citizens can rise up and change the world. Frustrated and traumatized by a broken justice system, Nguyen met with Sen. Jeanne Shaheen to brainstorm legislation that would protect survivor rights on the federal level — the same legislation that is now law.

"We wrote this bill of rights not just to help survivors, but to help police officers, prosecutors, and the judicial system better do their jobs, and as a result, both survivors and our criminal justice system are able to seek the justice they deserve," Nguyen told HuffPost in a 2018 interview.

Advocacy for the bill took an unconventional yet very millennial approach. Rise paired traditional legislative advocacy - meetings with representatives - with the power of social media. Rise produced and released a Funny or Die video and circulated a Change.org petition to raise awareness about how ineffective the current system is, essentially failing and re-traumatizing survivors. The video went viral and gathered 100,000 signatures on the petition within days. 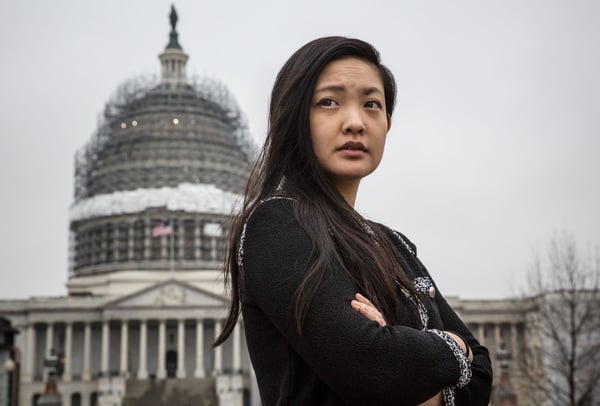 The bill passed through the Senate in May 2016 and the House of Representatives in September 2016. It passed unanimously in both chambers of Congress and was signed into law in October 2016 by President Barack Obama. The new law protects, among other rights, the right to have the evidence of a rape kit preserved without charge for the duration of the statute of limitations. In the future, survivors would not have to face the challenges Nguyen faced following her assault.

The Survivors' Bill of Rights Act of 2016 law impacts nearly 25 million estimated rape survivors in the United States. The law overhauls how rape kits are processed within the United States and created a bill of survivors' rights. Through the law, survivors of sexual assault have the right to have a rape kit preserved for the length of the case's statute of limitations, be notified of an evidence kit's destruction, and be informed about forensic results exams. The main aim is to overhaul how assaults are reported, and lessen the burden on those who were assaulted, who are often discouraged by the amount of hurdles that they have to go through

The next chapter for Nguyen

Rise has built tremendous momentum under Nguyen's leadership, passing 33 laws. The organization has created civil rights protections for more than 60 million survivors of sexual assault through its passage of state-by-state bills. Moreover, this is just the beginning.

The federal bill was a model for states to follow. Inspired by the model, states have begun to pass or introduce the bill. Rise continues to empower citizens to pen their own rights into existence by equipping them to operate the levers of democracy, navigate complex political landscapes at every step of the process, and emerge victoriously.

In 2018, Nguyen was nominated for the 2019 Nobel Peace Prize for her tireless work on the Survivors' Bill of Rights Act. "I was overwhelmed with shock, happiness, and pride," Nguyen told HuffPost in an email. "Because I knew that this nomination was not just for me, it was for the millions of survivors that have seen their civil rights penned into law."

California representatives Mimi Walters and Zoe Lofgren, who first introduced the Survivors' Bill of Rights Act of 2016 on the House floor, nominated Amanda. They wanted to celebrate Nguyen's "unprecedented efforts in bringing equal protection under the law and basic human rights to all survivors of sexual assault, regardless of geography."

Advocating for rights on so many fronts

In early 2021, Nguyen found herself in the news for another reason - speaking out about the media's paltry coverage of the spike in hate crimes against Asian Americans. On February 5, Nguyen posted a video on Instagram calling on the media to better cover anti-Asian violence. She found the coverage insufficient to make Americans realize the severity of this violence. "I decided,' You know what? If we are getting locked out of mainstream media, I'm going to turn to social media, and I'm going to have a call to action for mainstream media outlets to uplift Asian stories," Nguyen told CNBC Make It.

Nguyen's video went viral, racked up millions of views and response posts across social media. Through all this, Nguyen has uplifted and shared Stop AAPI Hate's work, a national coalition documenting and addressing anti-Asian discrimination during the pandemic, and its efforts to support Asian American communities.

Amanda Nguyen is a Leader on Fire

Nguyen approaches her work with hope and optimism, reminding us all we have the power - no matter the struggle - to be part of the solution. In an interview with UN Women, Nguyen shares a few words we should all take to heart:

"I think hope is a renewable resource. When one person in one corner of the world can fight for their rights, prompt the passing of a law and get it codified, it inspires other people to do the same. We have the agency to create the world that we want. No one is powerless when we come together, and no one is invisible when we demand to be seen. So, demand to be seen."

Where to find Amanda

Where to find Rise 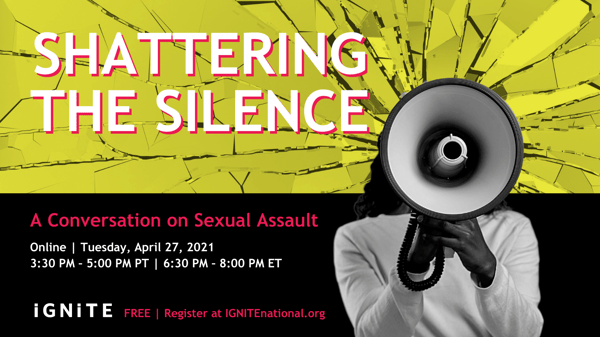