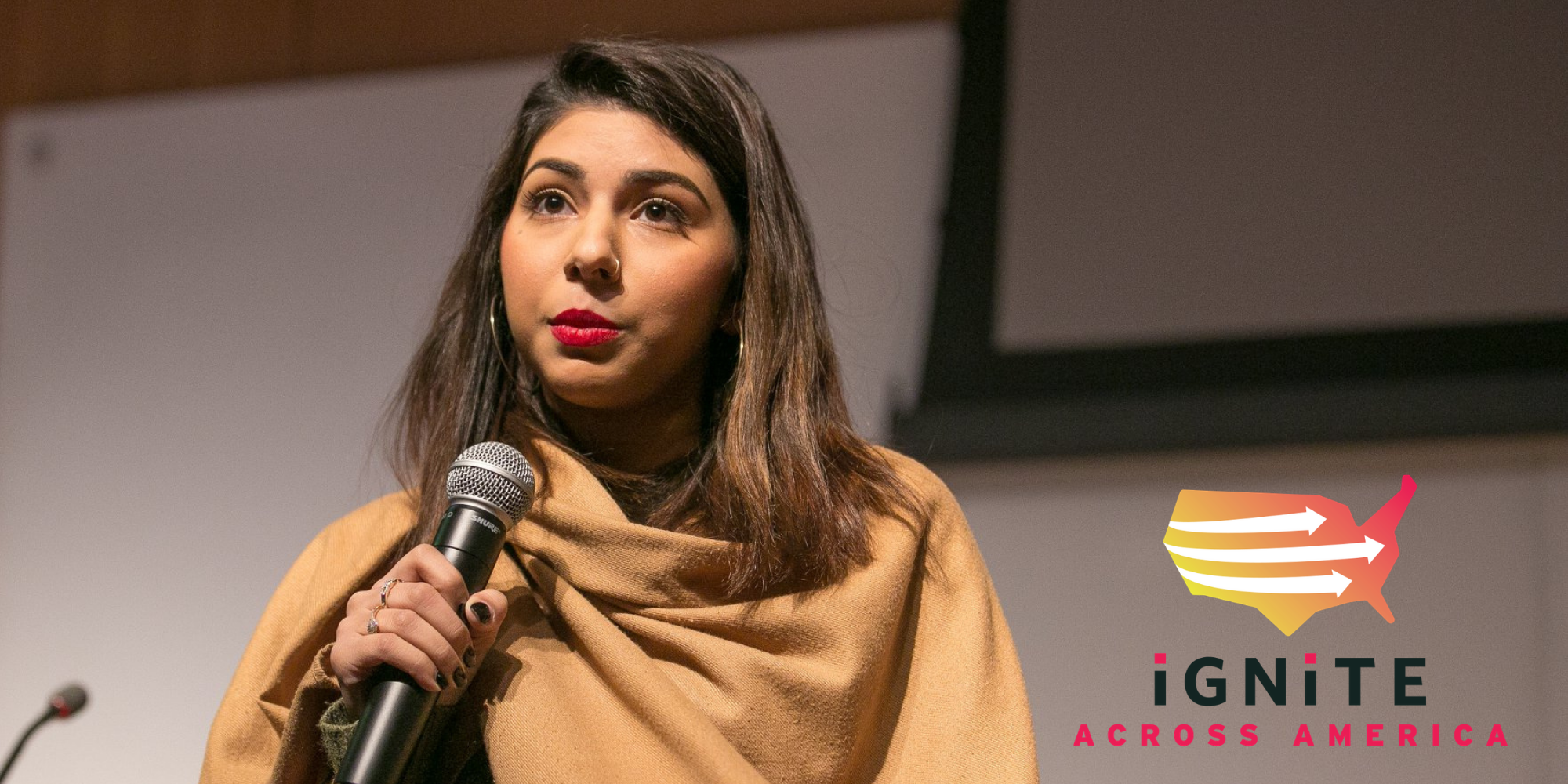 Zunera Ahmed was supposed to be a doctor. At least that’s what she thought when she enrolled in Brooklyn College as a pre-med student, eager to pursue a career helping others. Since age one, when her family emigrated from Pakistan, Zunera had spent her life in Brooklyn—and she knew she wanted to find a way to give back to her community.

“As a young woman, as a Muslim, as a Pakistani, I was so frustrated that I felt so powerful, but I couldn’t stand up for the things I cared about. That’s when I knew I had to take my passion for government and make it a serious endeavor.”

Then in 2016, during her freshman year, Zunera suffered an injury that required surgery and left her jaw wired shut. Just months before her very first opportunity to cast a vote in a presidential election, she found herself with lots of ideas and no voice. Zunera tried getting involved in local politics, but it was challenging to find her way. She wasn’t sure where to look for information and was too shy to attend campaign events on her own. 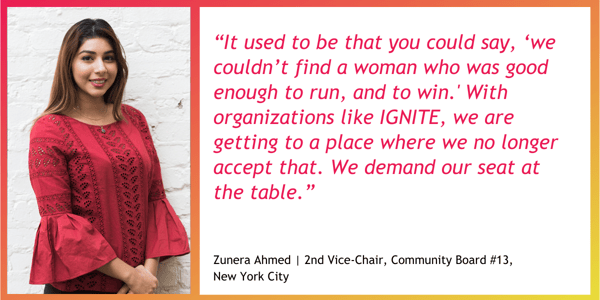 That’s when Zunera found IGNITE. Zunera joined the first-ever College Council in New York—a program for ambitious college women interested in political leadership. Zunera attended monthly meetings throughout the school year, where she met elected officials and candidates and found answers to her burning questions: What is the role of the city council? What is a superdelegate? What is a PAC?

From then on, Zunera knew she was destined to make a difference through politics. Zunera went on to become New York’s IGNITE Fellow, where she mobilized, educated, and supported other college women as they pursued their own political ambitions. She joined a congressional campaign in her home district, and when the candidate won, took a job in his office.

All of that was just the beginning. Two years ago, Zunera was appointed to her community board. Today she serves as 2nd Vice-Chair, where she’s building her political leadership and setting the stage for a New York City Council run in 2025.

“Advocacy and governing have become such a joy for me and I want to do it for the rest of my life,” says Zunera, who plans to run for New York City Council where she can advocate locally for issues like education, immigration, and women’s rights.