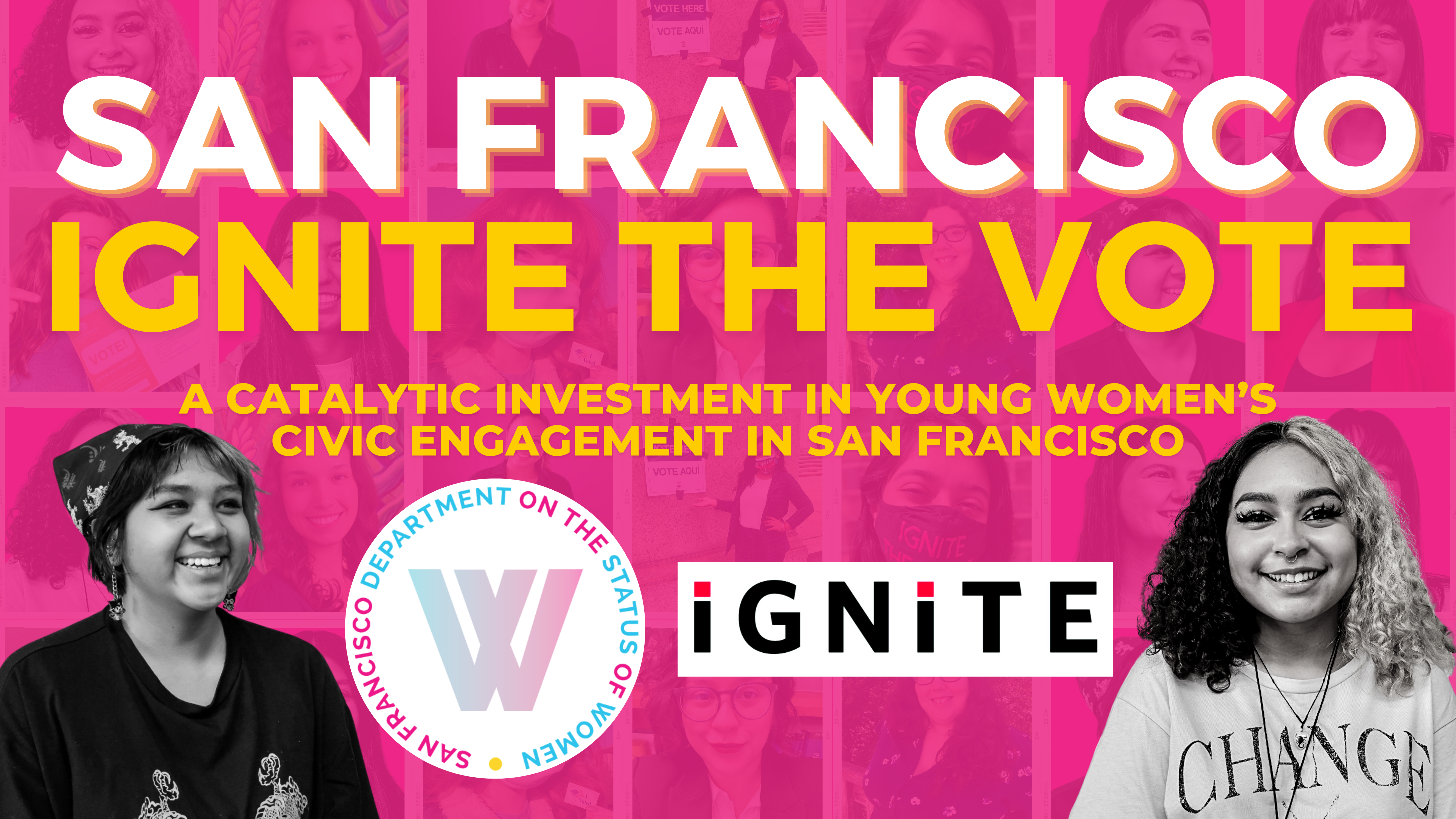 The organizations plan to register thousands of San Francisco high school students to vote in this year’s midterm elections.

SAN FRANCISCO — Ahead of this fall’s midterm elections, the San Francisco Department on the Status of Women (DOSW) today announced it will join national young women’s political leadership organization IGNITE to launch a catalytic investment into the city’s young women. The organizations’ aim to register thousands of San Francisco high school students to vote in the midterm elections, casting their first ballot and positioning them for a lifetime of voter engagement.

San Francisco Mayor London Breed and several Bay Area civic leaders joined the two groups for the launch of this initiative at Gateway High School (view livestream). "On National Voter Registration Day, I am thrilled that San Francisco is supporting efforts to increase voter registration across the City, and especially among young people," said Mayor London Breed. "Civic engagement, voting, and advocacy are some of the most powerful ways that youth can have their voices heard, and set our next generation up for a lifetime of public engagement."

Preliminary research by DOSW found that mass investment in registering Gen Z women is not only crucial for this midterm election, but it will also address the stark gender disparities in voter registration and participation in the City and County of San Francisco (CCSF). DOSW’s preliminary research showed that women are less likely to register than men and this leads to a lower proportion of women voting. However. Once women are registered, the opposite is true–registered women are more likely than their male counterparts. Early investment in Gen Z womens’ voter registration will ensure the next generation is positioned to flex their political muscle at the ballot box. Findings include:

“The IGNITE the Vote Campaign is our chance to get young people across San Francisco to embrace their civic responsibilities in this election and beyond. There is nothing more important to any of our futures than the protection of our democracy. And ensuring Gen Z women’s civic participation and political leadership is key to that preservation,” said Sara Guillermo, CEO of IGNITE. “These young people are already passionate and powerful and we’re here to make sure their voices are heard.”

Long-term research suggests that voting in two consecutive elections makes it dramatically more likely that a person will become a lifetime voter. The number of Gen Z women who voted in 2018 and 2019 suggests that this will be a generation more politically engaged than their predecessors. Gen Z women in particular are energized to act in the wake of the Supreme Court’s decision overturning Roe v. Wade, which kicks decisions on reproductive rights back to the states.

Recent studies suggest that the youth vote will be able to significantly influence results this fall if they head to the polls in force. These are voters which often get ignored by political campaigns and organizations who neglect or underinvest in youth outreach, making DOSW and IGNITE’s work critical.

IGNITE, the largest, most diverse young women’s political leadership organization in the country, will specifically be partnering with the DOSW through their Civic Engagement and Political Empowerment service area, and as well as will work closely with local schools to educate young women in the community about why voting matters and how to navigate elections.

If interested in learning more about this announcement or speaking with someone from IGNITE or DOSW, please contact Manisha Sunil at (202) 417-0171 or msunil@westendstrategy.com.

IGNITE is a national organization building the largest, most diverse movement of young women who are ready and eager to become the next generation of political leaders.