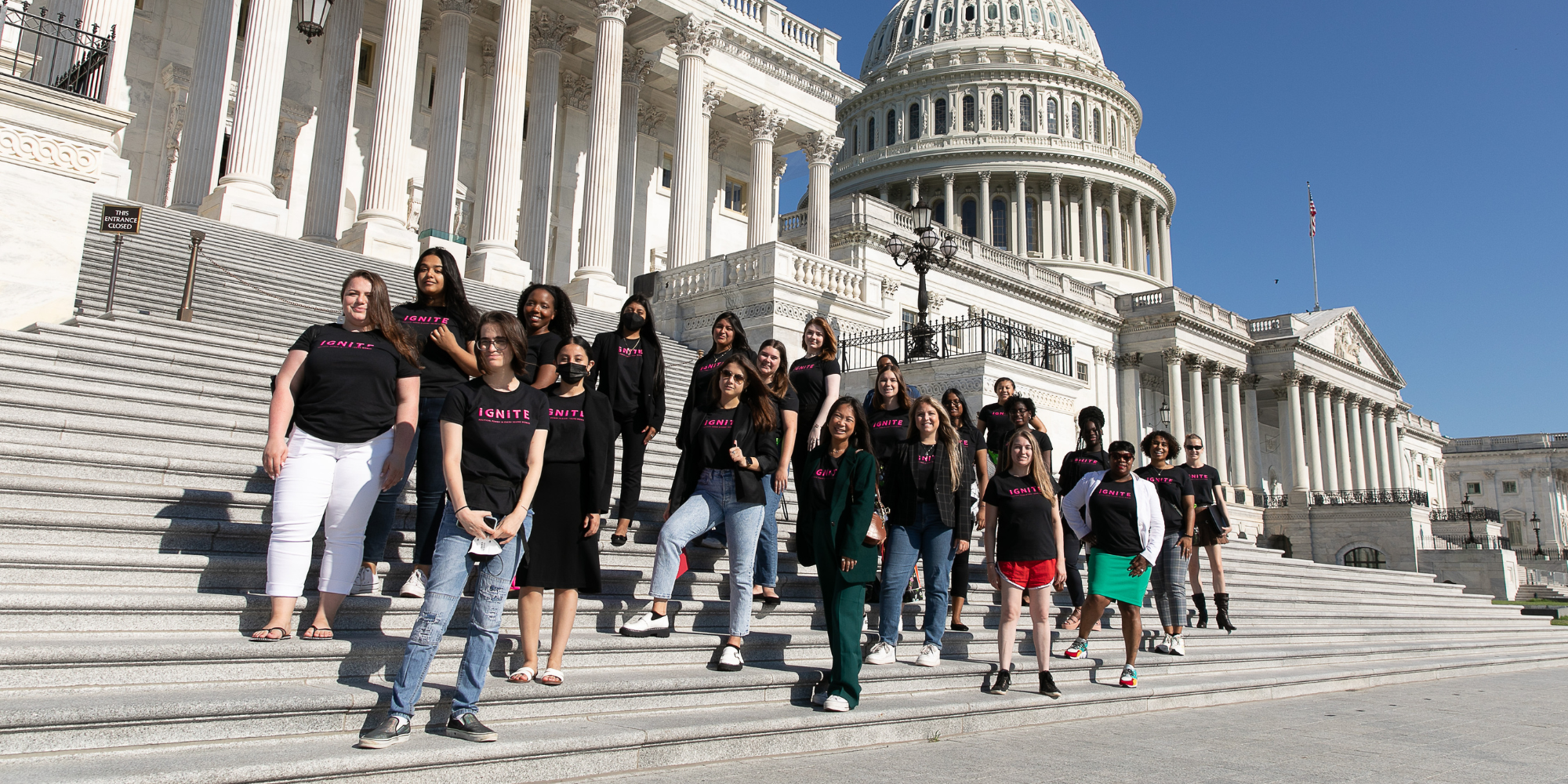 Yesterday was July 14, which means everyone on both sides of the pond should be thinking about Emmeline Pankhurst.

For my fellow Americans, I would be pleasantly surprised if the name Emmeline Pankhurst rings a bell. By way of bringing you up to speed, let me introduce you to a British activist to whom women in this country owe a great deal. Pankhurst
paved the way for women’s suffrage in the UK, helping women there win the right to vote in 1918 – two years before women in the US were granted that right. She is also credited with inspiring a new breed of suffragettes here in the years
following Susan B Anthony’s activism, notably Alice Paul and Lucy Burns. Pankhurst was a controversial firebrand and the very embodiment of the famous quote “well-behaved women rarely make history.”

Ms. Pankhurst’s role in reshaping global political culture to foster women’s involvement cannot be underestimated. I lead IGNITE, America’s largest, most diverse organization devoted to young women’s political leadership, so I have a few insights into the current need for more of Pankhurst’s passion for uplifting women.

I was thinking recently about what Pankhurst can teach us as I gathered in Washington, D.C. with young women from across the country for our annual conference. It nearly coincided with the recent Supreme Court ruling denying many women another basic right - autonomy over their own bodies. It was a painful juxtaposition. What I saw in these driven and confident women was the future of our country. A better future. It will happen if we can help get them where they deserve to be: the halls of power. This will not be easy and there’s no chance it will happen on its own if we don’t fight for it. If Pankhurst taught us anything, it’s that the work of moving women forward is difficult and complex, but it is essential.

Denied entry into her own local political party, Pankhurst eventually set up the Women’s Social and Political Union, dedicated to “deeds, not words.” Its focus was exclusive: securing voting rights for women. It meant the union often came
into conflict with established political parties who accused it of costing them the vote by refusing to collaborate on other issues (sound familiar, women of 2022?) A crowd of Liberals beat members of Pankhurst’s group in 1908, pelting them with clay and rotten eggs, accusing them of losing the election to a Conservative candidate because of their exclusive focus on women voting. It’s a reminder that fighting for any cause will often make a woman unpopular—even if it is simply for her right to have a voice. Pankhurst exemplified courage in the face of frightening opposition. She reminds me that equal representation in political life is still a terrifying prospect for some. She gives me courage.

I believe it would anger and mystify Ms. Pankhurst to know that women are often, still, discouraged from running for political office. We are told to wait our turn while men are encouraged to run now. This is despite research showing that
women pass more laws when they achieve elected office. Put simply: If we want more laws protecting women, we need to empower women to run for office, because when they run, they win, and when they win, they enact real, lasting, and
positive change in this country. During the British suffrage movement, it was Pankhurst’s fusion of patriotism with gender equity that is largely credited for winning the change she sought. I think Pankhurst would agree with me that it is far past time to change what our definition of political leadership looks like here and now. Our country will be better for it.

It must be said that I certainly don’t endorse all of Pankhurst’s tactics. She twice punched a police officer in 1909 with the goal of getting arrested. It worked. She vandalized property, and even burned down politicians’ houses. There’s plenty in
her biography to question, but I also recognize that the complexities of history are myriad. I don’t think I’m alone on that when it comes to Pankhurst. A statue of her has stood opposite the British Parliament since two years after her death, and
efforts to move it down the block as recently as 2018 were met with widespread outrage. Historians continue to disagree about whether Pankhurst’s militancy helped the cause, but her unwavering commitment to women’s suffrage, even at
the cost of her personal reputation, remains the guiding light for which she is best known.