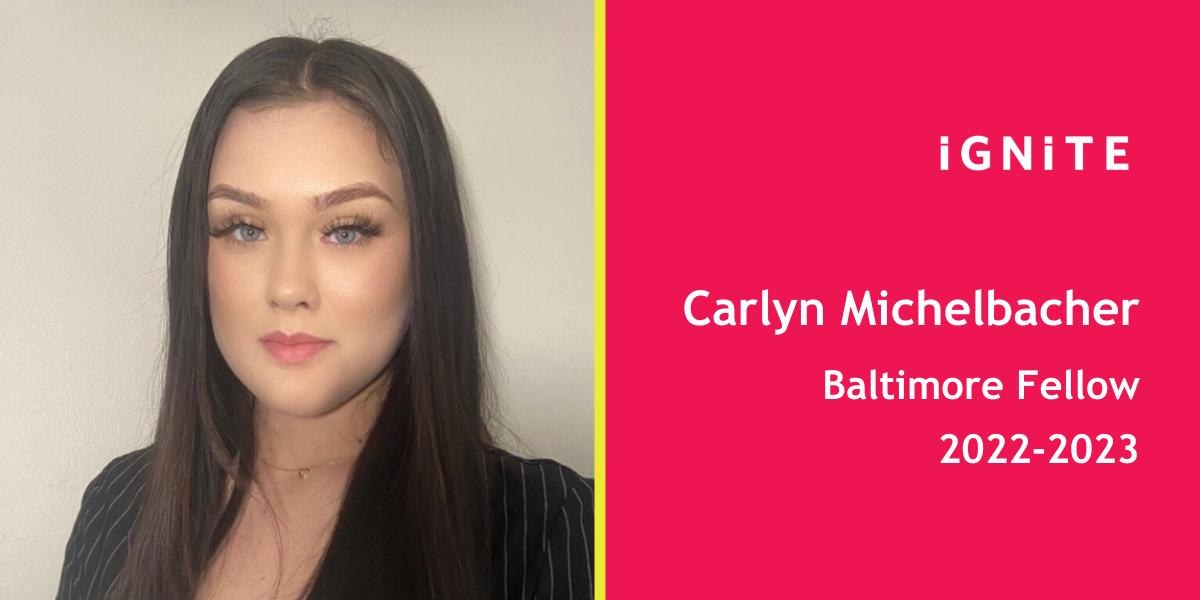 Carlyn ‘Kiki’ Michelbacher is a second-year Baltimore Fellow. This past May, Kiki graduated magna cum laude from Towson University with a degree in Law and American Civilization and a minor in Human Rights and History. During her college career Kiki has organized numerous student-led protests and campus initiatives that advocated for gun reform, increased menstrual product access, reproductive justice, increasing civic engagement and more. During her first year as an IGNITE Fellow, Kiki was able to curate numerous successful events where she was able to collaborate with the Center for Reproductive Rights and numerous influential community leaders in Baltimore. Her leadership experience also includes presiding over several campus organizations including Towson’s Prelaw Society as well as serving in several elected student-government positions. Kiki’s passion for protecting human rights has led her to work on numerous prison reform projects and is currently working on a local initiative to reduce the recidivism rate in Baltimore. Kiki is currently applying to law school and intends to pursue a career in public interest law where she hopes her J.D may serve as a tool for continuing her advocacy work. For Baltimore inquiries, contact Kiki at carlyn@ignitenatnational.org.