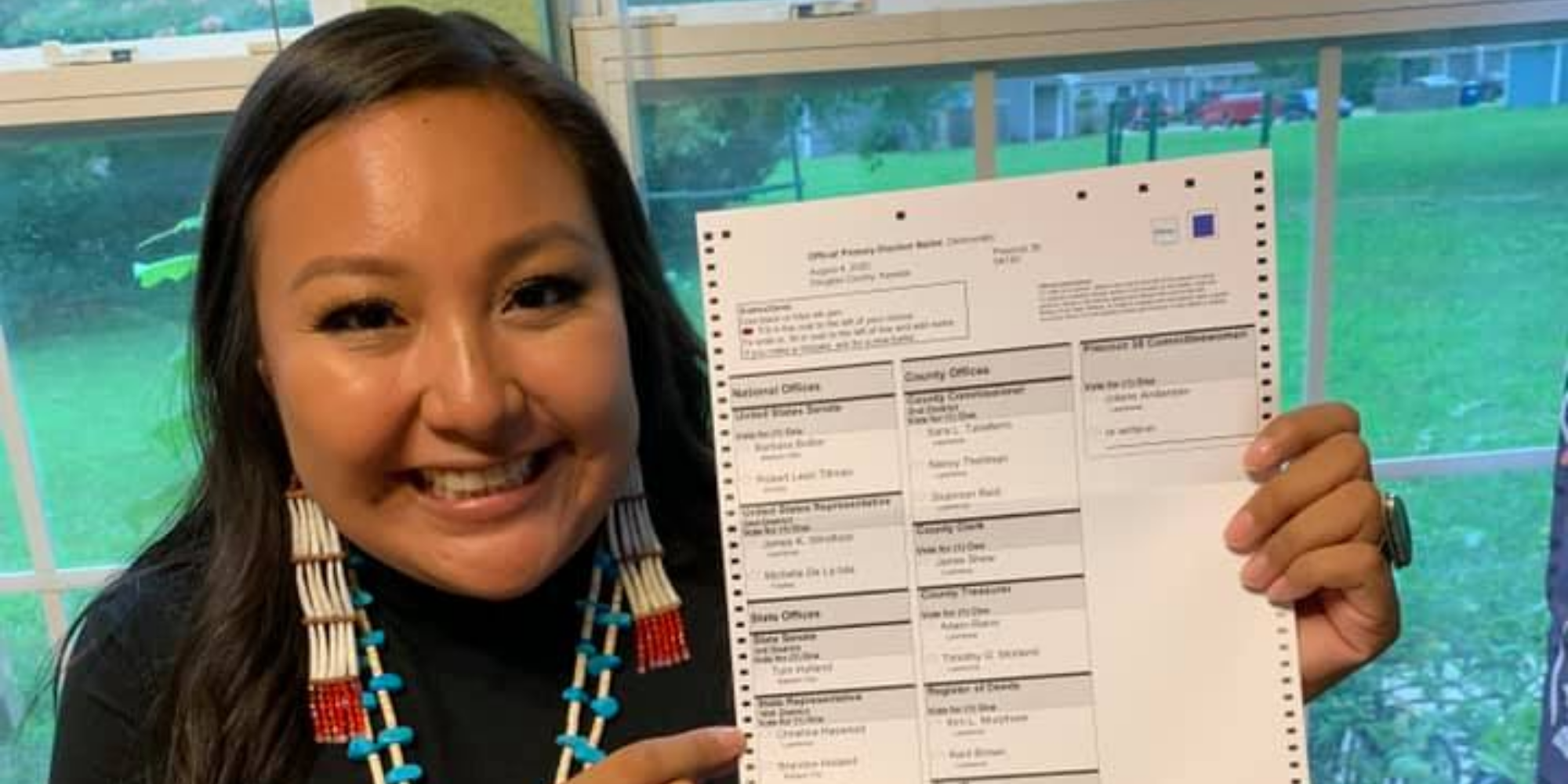 October 11, 2021 is Indigenous Peoples’ Day. This holiday is intended to honor Native Americans and Alaska Natives* and their rich histories, cultures, sacrifices, and contributions to our country. In recognition of this occasion, let’s delve into issues and initiatives surrounding the Native vote.

Indigenous peoples represent an incredibly diverse collection of ethnicities, cultures and languages. Here are some fast facts to keep in mind:

When it comes to governance, Indigenous peoples form an important voting bloc. Here are some highlights to ponder:

A Brief History of the Native Vote

Rights and freedoms were not easy things for Indigenous peoples in the early days of the US. The Dawes Act of 1887, which decimated tribes by stripping them of their lands and, in many cases, their families, was the pinnacle of this movement.

While the 15th Amendment gave all Americans the right to vote regardless of their race, Native people were still excluded. It wasn’t until 1924, when the Snyder Act gave full citizenship to Native Americans who were born in the US, that they could fully exercise the rights granted to them by the amendment. There were still barriers, though. It wasn’t until as late as the 1970s that all states allowed Indigenous peoples to vote.

American Indian and Alaska Natives continued to suffer many of the suppression tactics used against other groups. Despite a lawful right to vote, they were deterred by poll taxes, intimidation, literacy test, and more. The several civil and voting rights acts that passed between 1965 and 1982 helped combat these problems.

In 2013, however, the Supreme Court struck down part of the Voting Rights Act related to districting. This change has arguably been used to suppress minority voting.

Saying it has not been a smooth path to the polls for Indigenous peoples is an understatement. Perhaps this is why Native Americans have one of the lowest turnouts for US elections.

Indigenous peoples are a diverse group, so it stands to reason that the obstacles in their ways would be varied as well. The Native American Rights Fund published a comprehensive study on Native Americans’ political participation.

You can check out NARF’s terrific summary of what’s inhibiting the Native vote at each stage. Many of the hurdles stem from:

A whole slew of activities is underway, all aimed at reducing the friction for Native voters. Here are some current and desired initiatives to be aware of:

Every day - not just Indigenous People’s Day - is an ideal time to consider the history and future of the Native vote. It’s critical that we learn from our past struggles and mistakes, heed the challenges faced today, and continue improving the system to further enfranchise these incredible national treasures.

Every American Indian and Alaska Native deserves to have his or her voice heard. Moreover, we’re all better off if our democracy is truly inclusive, participatory, and representative. Let's #IGNITEtheVote.

* Terminology, particularly as it relates to Indigenous peoples, can be tricky to navigate. A term that might be acceptable to some might be offensive to others. Because of this, many people do not feel confident using certain terms when referring to Aboriginal peoples. Fear of using the “wrong” word should never stifle important dialogue and discussions that need to be had. By taking a moment to consider the history of certain terms, it is very possible to learn and be comfortable with which words to use in which contexts. First Nations and Indigenous Studies at the University of British Columbia compiled this guide to help inform your decisions on terminology.