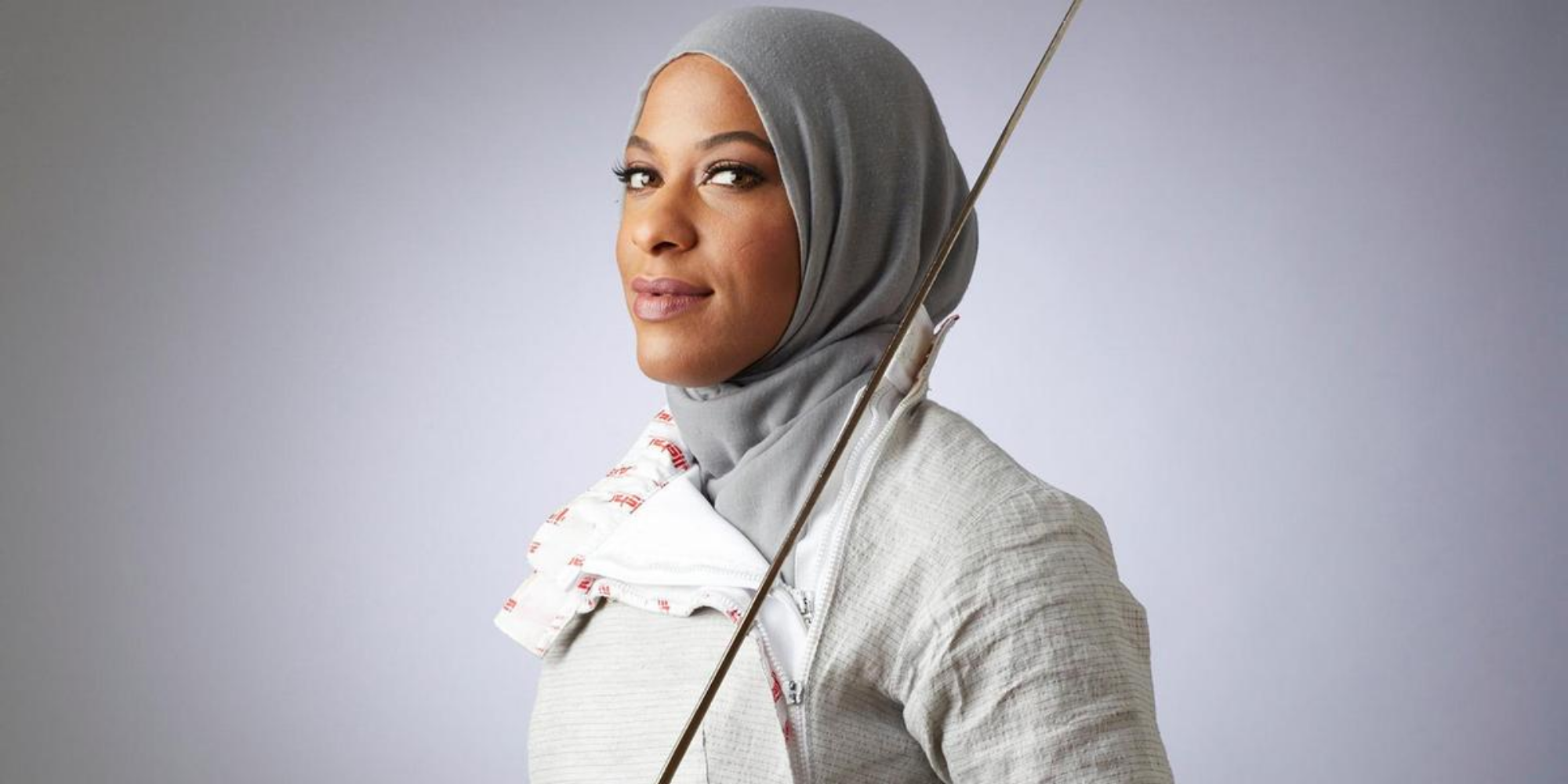 Ibtihaj Muhammad, an Olympic medalist in fencing, made history in 2016 as the first American to wear a hijab while competing. This fencer and activist has been breaking barriers and advancing the profile of all Muslim-American athletes for years.

Muhammad was born and raised in New Jersey where she had a passion for sports from a young age. While participating in many sports, her mom often had to alter her uniforms to adhere to their religion. They then found fencing which included a modest uniform, naturally covering most of the body. She began practicing at 13 years old and continued through high school, seeing the strategy behind a potential college scholarship. Muhammad already shined in the sport at that time, winning two state championships and serving as team captain.

Muhammad’s efforts paid off with a scholarship to Duke University and her awards continued to accumulate. In the following years, she won three All-American honors, placed in NCAA championships, earned a National title in 2009, and won five Senior World Team medals. In 2016, she was selected for the Rio Olympic Saber team, where she broke history while wearing her hijab. Earning bronze, she set the precedent for the inclusion of Muslim women and women of color on the world athletic stage.

Muhammad inspires us to never compromise our identity for the sake of our work. She believes, “There will always be people who challenge the idea that you belong, but it's important to work hard, to focus on yourself, and prove that you belong in this space of high-level athletics.” She’s helped generate tolerance, awareness, and representation for Muslim-Americans in sports, and her bravery ensures we all belong.

To learn about other unsung powerful Black women, register for IGNITE’s Black History Month Celebration! The virtual event will take place on Sunday, February 28, 2021 from 1-2:30 PM EST/10-11:30 AM PT.