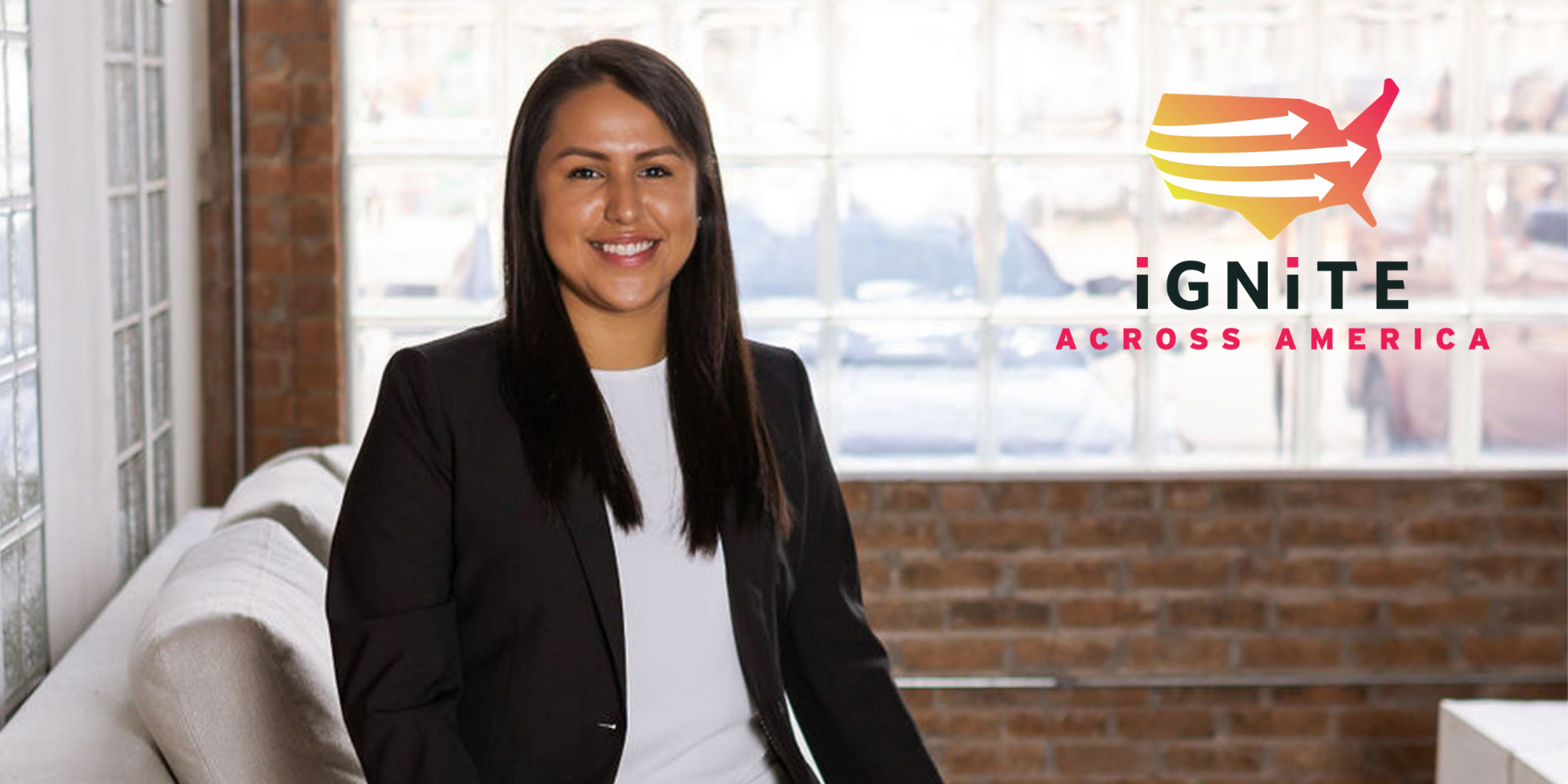 “Why not me? Why not now? I bring a young and unique perspective and have lived through the experiences of the students in my district. I'm capable, ready, and willing to serve my community. It’s personal and it’s urgent."
Karla Garcia’s parents came to the United States from Guanajuato, Mexico with a dream of a bright future for their children. Her parents wanted to make sure she could obtain a college education, and so she attended the first public all-girls magnet school in the state of Texas. That’s where Karla first encountered IGNITE’s high school program, which focused on topics like how government works and why it matters, the voting system, and the building blocks of political leadership.

Karla’s participation in IGNITE led her to become even more politically active. As a proud daughter of immigrants, Karla saw how immigration reform issues in the national spotlight directly affected her family, neighbors, and community—and she knew she wanted to change the system. She attended the University of North Carolina at Chapel Hill where she studied public policy and entrepreneurship, interests sparked by IGNITE.

As an ambitious first-generation college student, Karla availed herself of every opportunity that provided unique experiences in the private and public sector, including a job at the White House Initiative on Educational Excellence for Hispanics at the U.S. Department of Education.

Karla's early training in political organizing, advocacy, and knowledge of government ultimately helped solidify her aspirations to serve her community and prepared her to run her first-ever political campaign in 2019.

Questioning the inequities that still exist in the public school system, Karla decided to run for Dallas Independent School District (ISD) Trustee to represent the lived experiences of students and families in her community. She is a fierce advocate for underserved communities and believes that systematic changes can improve the quality of education for all students—and she’s only just getting started.

Karla won her race and was elected as a Trustee to DISD District 4 in 2019, becoming the youngest person to serve and the first Latina on the board. “My background puts me in a position where I recognize there are perhaps more barriers that other people may not think of. There’s a lot of things going on both inside and outside of the school that affects the educational experience of the students, so I carry those in mind every time I make a decision at the table.”

Karla believes that as long as IGNITE can continue and grow its work, more women like her will have the confidence and skills to step up as the next generation of America’s political leaders.